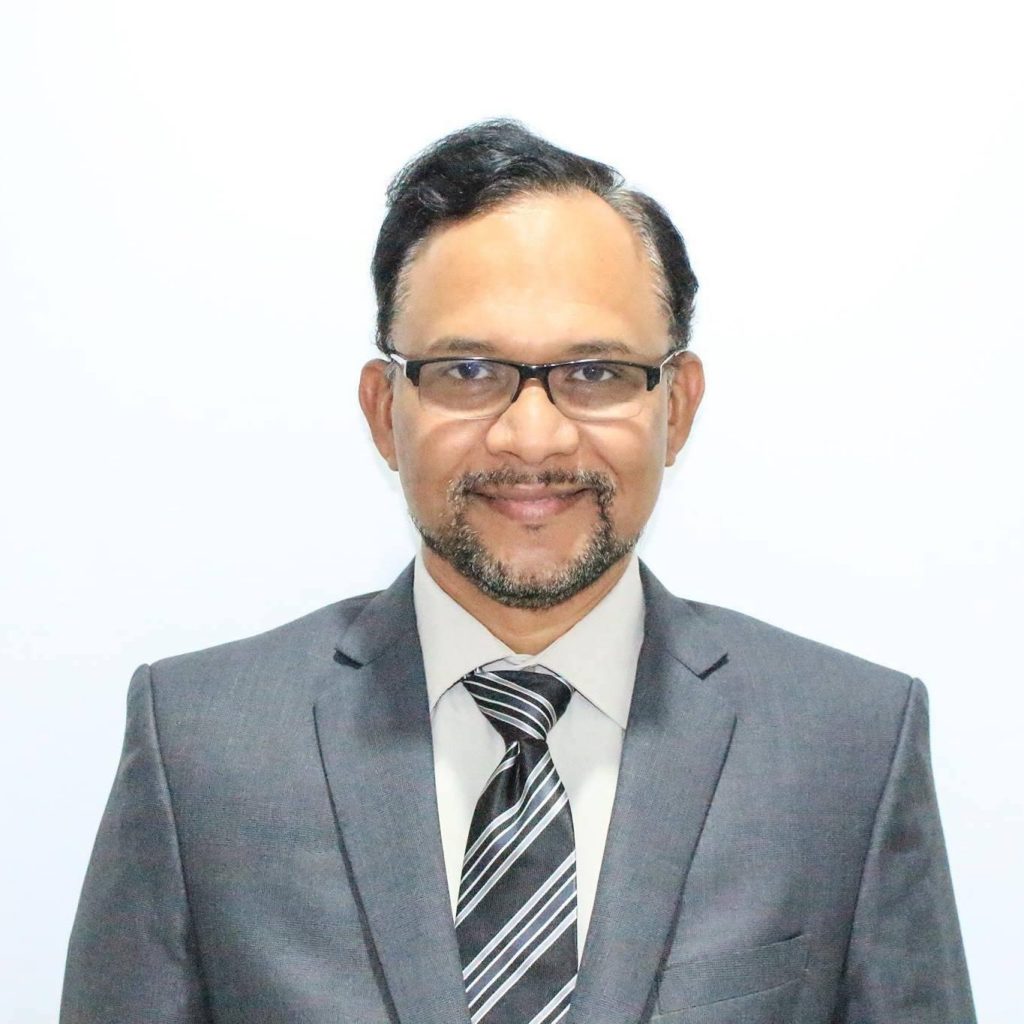 Dr Shafiqur Rahman is an Associate Professor and Head of Department, Business Administration, International Open University. He is also a Vice President of Australian Academy of Business Leadership, Sydney, Australia. He served as an MBA Coordinator for a renowned MBA Program in Bangladesh and was a co-founder of a private university campus there. He also served the US Embassy, Dhaka as a Trade Promotions Manager and as an Economic Specialist for ten years.

Mushtaq Ali Mohammed is currently pursuing a PhD from the Himalayan University, India. He was a lecturer for Business the Department of the University College of Bahrain, Bahrain. Currently, he is working as a sales manager for Eastern Morris Cranes Co. Ltd, Bahrain.

Adil M. Butt holds an MBA in Professional Accounting (Honor Societies: Beta Gamma Sigma) from the Fordham University, New York, a BSc in Management from the Indiana University, Bloomington, and a Bachelor of Commerce from the St. Patrick’s Govt. College, Karachi. He is a Fellow member of the Institute of Financial Accountants, UK. Br. Adil is a director and a chief executive of the College of Accounting and Management Sciences/The Avicenna School.

Hamar Jawo holds an MBA in Banking and Finance from CESAG, Dakar, Senegal. Currently, he is a senior bank officer for the Arab Gambian Islamic Bank, Treasury Department.

Muhammad Irfan Duraiz holds a Master’s in Business Administration. He has participated in various trainings such as Job Evaluation System & Job Grading, Management Excellence, MS Excel Advance for Business Managers and others. Brother Muhammad has an extensive experience in managing rewards, remuneration, planning and budgeting, HRIS, compensation policies and practices, and is proficient in SAP-HCM & Data management with training certificate from PMI-Philippines. Brother Muhammad is currently working as a compensation officer at QIA.

Mehwish Masud holds a master’s degree in Business Administration with majors in Marketing from the Lahore School of Economics and a Bachelor’s degree in Commerce from Punjab University, Pakistan. She has attended various professional workshops, seminars and on-the-job training workshops such as a seminar on interviewing skills, small business finance and others. In addition to training as a management trainee officer, Sister Mehwish has also worked as a Management Trainee Officer and an Assistant Manager – Credit & Marketing for Habib Bank Limited, Pakistan.

Sana Gul Waseem holds a master’s degree in Business Administration and a bachelor’s degree in Information Technology (B.I.T) from the Hamdard University, New Delhi. Sister Sana has extensive teaching, writing and managing experience. She is a regular contributor for Sisters magazine, Productive Muslim, IOU blog, Habibi Halaqas and other publications.

Kashfia Nehrin holds an MA in Advance Economics from the International Islamic University of Malaysia and an MA in Economics from the University of Windsor, Ontario, Canada. She has an extensive teaching experience as a lecturer of Business and Economics at various academic institutions in Malaysia and Saudi Arabia. She was a faculty member of the Business Administration Department at Prince Sultan University, Riyadh, Saudi Arabia. She is also an expert in teaching Economics and Business for GCE (General Certificate of Education) and IGCSE (International General Certificate of Secondary Education) & AS/A (Advance Subsidiary and Advance) Level. Kashfia received various awards for her teaching excellence. She attended many local and international conferences on business and Islamic economics

Abu Humayd, Abang Sufri Mahmud was born in the city of Miri in Borneo Malaysia in 1983. He went to government-run Islamic schools since he was 13 years old; first to SMK (A) Sheikh Hj Othman Bin Abdul Wahhab, Kuching, and later to SMK Agama Miri, both in the state of Sarawak, Malaysia.

Sufri Mahmud then obtained a Diploma in Public Administration from MARA University of Technology (UiTM), Malaysia, and he was awarded the Best Student of the program in 2005. He later obtained his Bachelor’s degree in Business Administration (BBA) majoring in International Business with 1st class honors, also from UiTM. He has been studying in the BA in Islamic Studies (BAIS) program of IOU since 2011 and is currently studying the Qur`an and its tafseer under an Albanian scholar, Shaykh Ibrahim Zaimaj Al-Albani, who is recognized and recommended by Shaykh Shu`ayb Al-Arna`oot, an infamous hadeeth scholar of the present time. At the same time, he also studies Saheeh Muslim under Shaykh `Abdurrahman Bin `Abdul Kareem Al-`Uthmaan, who had studied under the late Shaykh Al-`Uthaymeen and Shaykh `Abdul Muhsin Al-`Abbad in Saudi Arabia.

Between 2012 and 2014, Sufri Mahmud conducted various corporate trainings in Kuala Lumpur and Miri in Malaysia on the topics including customer service, business management, and entrepreneurship. He has been an approved trainer by Human Resource Development Fund (HRDF) in Malaysia since 2013. He moved to the state of Selangor, Malaysia, in 2014 and joined Daarul Hadeeth Treatment Centre, concentrating on treating people who suffered from demonic possession and other related illnesses by using ruqyah shar`eeyah, based on the Qur`an and the Sunnah. After that, in 2015, he joined Yayasan Ta`lim, a da`wah organization in Malaysia, and helped them established a Diploma in Islamic Studies program. He left the organization to join IOU full-time in early 2016 as a country representative and as an assistant lecturer.

Apart from that, he also teaches, lectures, and teaches courses in various masajid and Islamic centres in Malaysia including Masjid Ash-Shareef in Klang, Masjid Al-Mustaqeem in Ampang, Yayasan Ta`lim in KualaLumpur, and others. He has authored and translated a number of books on various topics, mainly on the tazkiyah an-nafs (purification of the soul), ruqyah shar`eeyah (Islamic exorcism), and others that have been published and sold nationwide

Samsad Jahan has a bachelor’s degree in business administration majoring in Finance and Accounting from North South University, Dhaka, Bangladesh (www.northsouth.edu). She has done MBA from IBA, Dhaka University (www.iba-du.edu). She completed her second master’s in Islamic Finance from INCEIF, Malaysia (www.inceif.org) and is pursuing Ph.D in the same institution. She has years of experience in GrameenPhone Ltd, teaching in different schools, currently working as a Lecturer in International Open University (www.iou.edu.gm) and also involved with different research works.