He has written, translated and commented on over 50 published books on various Islamic topics, as well as edited and published the 56-book Eemaan reading series for children.  He has also presented Islamic programs for many years on; Riyadh Channel 2 TV, Sharjah TV, Peace TV, Huda TV, Islam Channel, and the Deen Show.

Dr. Bilal is the Dean of the Islamic Online University.  He is also the Director of PERF (Professional Education and Research Foundation), and Supervising Director of Preston International College (www.prestonchennai.ac.in) and Al-Fajr International School (www.al-fajrinternational.com), Chennai, India.

Imtiyaz Damiel was born in Blackburn.  He completed five years of an Alim training course in his hometown before going on to complete a B.A Honours degree in Arabic and Islamic studies at the University of Leeds.  In 2003 he completed a diploma in Arabic, and then went on to further study another B.A Honours degree in Islamic studies, specialising in Hadeeth & Tafseer at King Saud University in Riyadh. He later completed his Master’s program in Hadeeth & Tafseer from the same University.

Shaykh Imtiyaz Damiel’s other areas of study include educational and child psychology, orientalism, and comparative religions.

He has worked as Chief Editor for a number of organisations, and written over 30 articles and research papers to date.  At present he is an instructor at Knowledge International University, and Al-Kauthar.

Shaykh Assim al-Hakeem is a Saudi national from Al Khobar.  In 1987 he obtained his B.A in Linguistics  from King Abdul-Aziz University in Jeddah.  He later graduated with a High Diploma in Islamic Studies from Umm al-Qura University in Makkah, Saudi Arabia in 1998.  The Shaykh also had close personal contact for several years with the great scholar Shaykh Salih Ibn Uthaymeen.

He is active in delivering Islamic programs for the media in both Arabic and English by participating regularly on both Islamic radio and television programs to spread the authentic teachings of the Qur’aan and Sunnah.  This includes the popular weekly Q&A session he holds on Huda TV, as well as appearing on Peace TV.

Shaykh Assim is an Imam of a masjid in Jeddah, a role which he has held for the past 20 years.  He delivers the weekly Friday sermons and lectures on various Islamic Sciences.

Dr. Abdullah al-Farsi has a Ph.D in Mechanical Engineering, from Cleveland State University, U.S.A.  He has studied many books under senior students from the Islamic University of Madeenah, and has been encouraged by them to teach the books of Aqeedah in English.

He was known to Shaikh Ibn Baaz and has an honorary tazkeeyah (recommendation) from Shaikh Badiuddin Shah Sindhi.  He is also known to major scholars such as; Shaikh Saaleh aal-Shaikh and Shaikh Saleh ibn al-Fawzan.

Dr Abdullah has been active in the field of dawah since 1980.  This has mostly been in America and Europe, and he has also taught many Aqeedah books in Kuwait.  He has done extensive personal research on books of Tafseer, explanations of Hadeeth and the writings of Shaikhul-Islaam Ibn Taymiyyah 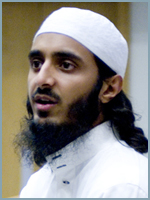 Abu Abdissalam was born in the central English town of Coventry, and raised in London.  He graduated with a Bachelor’s degree in Computer Science from the City University in London.  He obtained his degree in Islamic Studies, specializing in Hadeeth and its Sciences from Dar Al-Hadeeth Al-Khayriyyah in the blessed city of Makkah.

Abu Abdissalam has translated a number of Islamic texts from Arabic into English for the benefit of the English speaking Muslims around the world.  He is actively involved in many spheres of Dawah in the UK and is also an instructor for Al- Kauthar.  He appears regularly on the Islam Channel, and has also appeared on Huda TV, Islamic Network TV, Ramadan TV, and Iqra TV Channel. 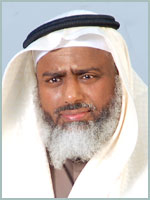 Salem al-Amry is from the United Arab Emirates.  He has two degrees to his credit; one in electronic engineering and the other in computer science.

He has obtained knowledge of the different sciences of Islam including Aqeedah, Usool, Hadeeth, Fiqh, Tafseer, Arabic language and more.  Shaykh Salem al-Amry is an active Da’ee and has appeared on Peace TV and Huda TV.

Sheikh Abu Umar is famous for his passion of teaching and learning.He is more famous for his moving and emotional khutbas (Friday sermons) and lectures. He migrated to Toronto with his family around 15 years ago. Even though he completed his certificate and training in ‘building maintenance & supervision’, his interest in learning and excelling in Islamic knowledge was always greater.

He travelled to his main teacher Sheikh Dr. Abduladheem Badawi in a village in Egypt where he was the only foreigner! Turned out to be the best moments of his life, and consequently he benefitted a lot studying in an ideal environment and gaining the personal attention of his Shaykh who was more like a father.While in Egypt he also travelled extensively and met with other scholars whom he benefitted from.

Sheikh Abu Umar is recognized as one of the best translators of Arabic to English, a task which has led him to meet and benefit from over 50 different scholars, professors, and propagators of Islamic knowledge from different countries of the world.

Sheikh Abu Umar has featured numerous times on the international English channel: Al-Huda TV, on programs like: The Straight Path, Book Review (where he was interviewed on his different books and authorship), and his 26 episode program, which is still being aired: ‘The Way to Bliss: How to Achieve Happiness.’ He also has featured on GuideUS TV which is based in the United States. He also has done programs in Swahili for Africa TV and Radio Salaam.

The Sheikh is also involved in comparative religion studies and activities. He lectures at different higher learning institutions, and travels to spread the call of peace in Arabic, English and Swahili.

He has been involved with multiple Islamic centres in Canada for the last ten years, and is famously known for his open-door policy where everyone is welcomed to his office.

Three years ago, he formed The Clear Arabic Institute, a premier institute of teaching the Arabic language to both Arabs and non-Arabs. Sheikh Abu Umar still considers himself a student of knowledge.

Imran Asif holds an MSc in Applied Linguistics and Second Language Acquisition from the University of Oxford, Department of Education.
He is currently a science curriculum specialist with the Supreme Educational Council, in Doha, Qatar, where he monitors and oversees the implementation of curriculum standards, provides support and direction to teachers, and carries out school inspections.